Gone are the days when smartphones used to cost you months of savings. When Xiaomi flooded the market with budget phones, the whole landscape changed. Soon all the companies in the market launched budget smartphones that brought in loads of features.

Realme, Chinese smartphone manufacturers also followed. They originally came into the market as OPPO’s sub-brand, but have now separated their operations to be independent.

Realme became direct competitors to Xiaomi and now has a firm position in the market. We are aware that the smartphone brand has a huge fan following, and so we present you the list of Best Realme Phones Under Rs.8000.

This list has been prepared after hours of research and comparison. LogicalShout brings you the best choices so that you save up time and money. You may want to check out the best Realme phones under Rs.10000 and the best Mi phones under Rs.8000.

The Realme 3i was launched last year alongside the first true flagship from Realme; the Realme X. The budget offering clicked because of what it brought to the table. Realme 3i had some unimaginable specs for a phone that launched for just Rs.8,999.

Build Quality & Design – Users familiar with Realme 3 will not find any differences in the Realme 3i. The phone has been designed for one-handed use and retains a signature diamond-cut design, which we have seen previously in Realme C2. You get three distinct color options to choose from.

A great advantage of the phone is that it comes with a triple slot for two sims plus an SD card. Dual 4GB Volte is also supported on the phone. The headphone jack is also present along with a micro USB port. You do not get a Type C port, but that should be fine given the price.

The design of the phone makes it easy to hold it in your hand. There is a good grip for you to hold the phone. There is also a very responsive fingerprint sensor. You also have the option to set up the face lock.

Processor & RAM –The MediaTeK Helio P60 powers the phone, the performance is nowhere sloppy, and the phone handles most of the stuff you throw at it. The phone comes with two variants; 3GB RAM 32 GB storage and a 4GB RAM 64GB storage. The higher variant will cost you around Rs.2000 more than the base variant.

Realme 3i runs on ColorOs. Many may not be a fan of OS other than the ones that are stock android. However, Realme has tried their best to make the UI clean and fresh.

Talking about gaming, the phone can handle PUBG in low settings. If you were to tweak up the settings, the phone may not take it all well.

Display – Realme 3i comes with a 6.2-inch HD+ display, and for that extra feeling of safety, you get the Gorilla Glass 3. Like many smartphones launched today, Realme has the waterdrop notch that brings down the large bezels.

The display would not be of any issue when you use the phone even under direct sunlight. There is perfect brightness enough for you to perform your tasks.

Camera – The 3i has a dual-camera setup in the back; a primary 32MP sensor and a 2 MP depth sensor. The pictures are of great detail and have great color reproductions. You can also shoot videos at 1080P, but it seems like the camera lacks proper stabilization.

There is a nightscape mode to capture better-looking images in low light/dark situations. On the front, you get a 13MP selfie camera that clicks some great looking photos provided there is ample light.

Battery – A 4,230mAh battery is good enough for getting you throughout the day if you aren’t a heavy user. There is no support for fast charging, which is a downside, but then again, you get the phone fully charged in around 2 hours.

Logicalshout recommends Realme 3i over other choices because of the phone covering everything you need. The camera is great, the battery lasts long, and the processor is powerful enough for most tasks, making 3i the best choice for Realme Phone Under Rs.8000.

Buy From Flipkart
Buy From Amazon

Realme C2 is one famous phone, not just for its affordability, but also for the fact that it is a powerhouse at its price segment.

Build Quality & Design – The design cues might look very similar to other Realme phones. What makes the difference here is the use of more plastic, which we can only assume was done to offer the phone at an attractive price.

The same diamond-cut design from Realme 3i can be seen on the Realme C2. The phone has a nice grip to it. There is no fingerprint sensor, and the charging port is a micro USB. A dedicated SD card slot is also present.

Processor & RAM – Powered by the MediaTeK Helio P22 SoC, the Realme C2 isn’t a powerhouse of any sort. There are 2 variants for the phone; 2 GB RAM 16GB Storage and 3GB RAM 32GB Storage.

It runs on the same ColorOS. The thing about budget phones is that most of the time, they come preloaded with unwanted apps. You always have the option to uninstall them, so things should be fine. The phone is not meant for gaming, but some casual game titles won’t give you a bad experience.

Display – The Realme C2 comes with a 6.1-inch display with a teardrop notch. The display is bright and though not AMOLED, does its job. The big display avoids thick bezels. However, the bezels are present in the chin.

Camera – Dual camera setup is present on the Realme C2. A 13MP primary sensor with f/2.2 aperture and a 2MP depth sensor. The presence of a depth sensor further helps when you want to click photos in portrait mode. On the front, you get a 5MP camera.

When there is enough light, say under daylight situations, the photos from the C2 turn out to be really good. Lowlight photography can’t be termed great because of the noise from those pictures. The details in the pictures are good. Sometimes, the Realme C2 oversaturates the picture, which could make the experience bad.

The selfie camera also manages to click some good pictures for the price range. Pictures do appear tuned or adjusted, so do check if the beauty mode is turned off.

Battery – Realme C2 features a 4000mAh battery, which can easily last you throughout a day. There is no fast charge support of any kind, so you should always keep in mind the phone has enough charge before any plans.

The Realme C2 is still a solid budget offering. The new Realme C3 is priced only a tad bit higher, so if you are looking for a serious upgrade, do check that too. Realme C2 is one of the best Realme Smartphones Under Rs.8000.

Buy From Flipkart
Buy From Amazon

The Realme C1 might be a bit old, but it still performs for the price it’s being sold for. The C2 is better in terms of specs and hardware, while the C1 is even cheaper, making it a good buy if you want a Realme Phone Under Rs.8000.

Build Quality & Design – The body is plastic to keep the price in check. There is no fingerprint sensor, but you can always make use of the face lock option. Being one of the first in the series, it doesn’t follow the same design as the Realme 3i or the C2. The design is very simple and yet manages to look classy.

There is a dedicated SD card slot in the SIM tray. Then, you get the usual headphone jack and a micro USB port for charging.

Processor & RAM – The Qualcomm Snapdragon 450 SoC powers the phone along with the Adreno 509 GPU. The processor is one of the most powerful in the entry-level segment. Talking about variants, the phone ships only with one combination; 2 GB RAM and 16GB Storage.

Now, the storage will run out in no time, so it is advisable to purchase an SD card. The phone runs on ColorOS, and the UI is smooth. You can try out playing games, but do note that the phone heats up rather quickly.

Display – Realme C1 has a 6.2-inch display with Corning Gorilla Glass 3. The display is bright and viewable under most conditions. The notch is quite big, having taken inspiration from the likes of the iPhone X.

Camera – The phone comes with dual camera setup. A 13MP primary sensor is paired with a 2MP depth sensor. The pictures do come out great, and there are ample details. When it comes to low light, there isn’t noticeable noise, and the pictures are decent.

Battery – Features a 4,230mAh battery that will last you more than a day on minimal usage. There is no fast charge, and it might take you anywhere between 3.5 to 4 hours to fully charge the device, which is a lot of time.

The Realme C1 is an excellent pick if you are looking for a Realme Mobile Under Rs.8000. The phone is not feature-packed, and the lack of more variants is disheartening. Nonetheless, it still performs well for daily usage.

That concludes the list of Best Realme Phones Under Rs.8000. Realme will look to launch more budget-oriented phones in the near future, but at the moment, these are the best picks.

You May Want to Know:- 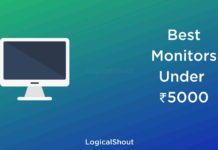 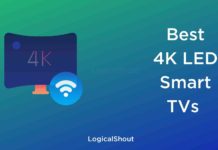 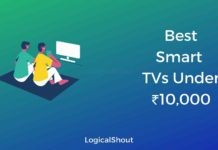 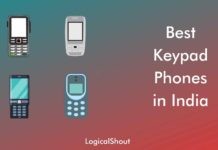 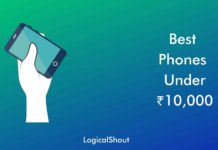 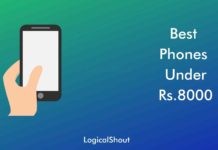 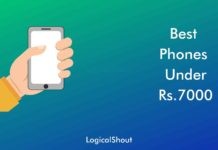 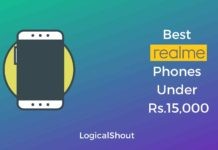 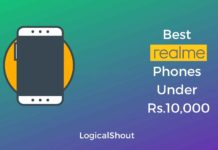 Let us start off by answering an age-old question. Why do people need a Bluetooth speaker? Phones and laptops do have an in-built speaker,...

Every user of internet who is already a user of WhatsApp, everyone likes to chat, and for this WhatsApp Messenger is the best option...

As the country's pandemic situation progresses, the need for laptops for students and professionals is steadily increasing. Some might need to attend their online...

Who doesn't need a laptop today? Everyone either needs to attend online classes or get business/office work done. For those looking for the best...

Alongside smartphones, TVs, too, went through major changes over the years. At present, we have Smart TVs, fully-functional like any other smart gadget. When...

Without smartphones, our lives would be unimaginable. You probably already have a smartphone, but the reason you’re here is that you want to buy...

I know choosing the best laptop under your desired budget is not easy, but don’t very I am here to assist you. There are...

ABOUT US
LogicalShout is a leading source to find the best tech gadgets under your budget, like Smartphones, Laptops, Tablets, Wearable devices, audio devices, etc. Here you get quality content by the Passionate tech enthusiasts.
FOLLOW US
© 2022 LogicalShout